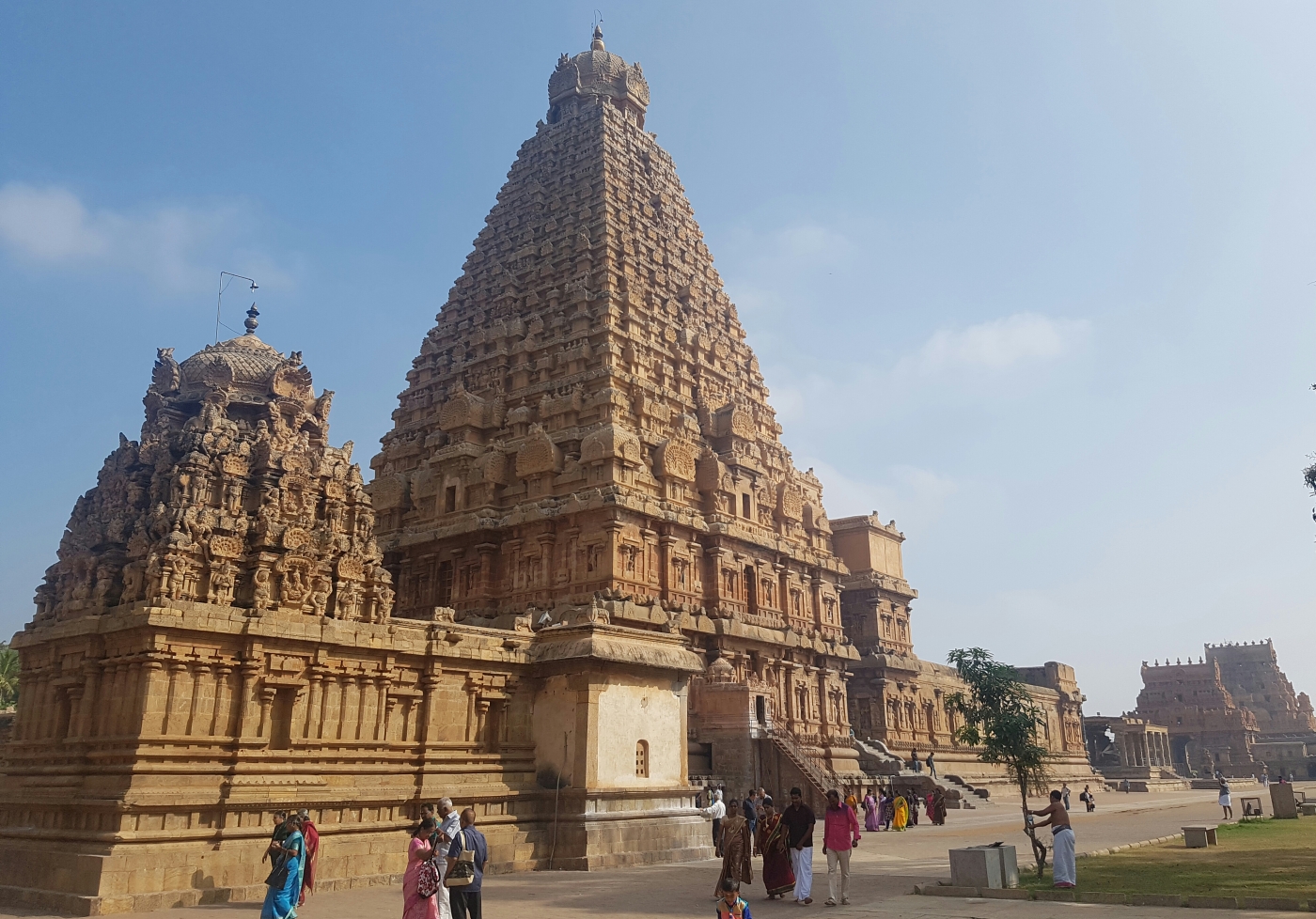 To relieve the stress of modern chaotic city life and instead would like to re-live through the timeline of some good old ancient kingdom that we came across in the history books, then roam around through the state of Tamilnadu. To realize the contribution of those Kings and their rule in the overall life and culture of the state that remains intact even after centuries visit the temples, Forts, Museums, etc lie across the state.

Tanjore is one among many such places in TamilNadu known for its centuries-old royalty where the travelers will get surprised by the temples, arts, paintings, architecture, music, etc which had been the hallmark of 10th to 14th century but were still plays a predominant portion in the city’s life and tourism. Also historically this place is believed to be the birthplace of classical music and Bharatanatyam, the classical form of Dance.

While exploring the city, needless to mention that the temple located in the heart of the town known as Brihadeeswara or Big temple is the main attraction. Though a casual look from the parking lot across the road towards this temple only makes a feel of any typical Tamil Nadu temple in many locations of this state, the huge temple premises, the tower that probably is the biggest in this region, the gigantic sized statue of Nandi (bull), the entrance gate, the gopuram on top of it with some amazing details, the long corridors and all gives an idea why this temple is not an ordinary one and why Tanjaore remains as important as it was many centuries ago and any traveler’s not to miss the place.

The entrance gate along with the big arch and the sculptures may not make it curious but the extended wall along the boundary resembles a Fort rather than a temple from its looks and size of it. Between this entrance and another one that leads to the temple premises capsule-sized brief details along with the plan of the whole complex are provided for each visitor at a convenient location and height for a quick understanding of the history and details of the temple.

Inside the temple complex, it was a “See it to believe it” kind of place with its sheer size the complex is as big as several football stadiums at the center of which stands the huge temple building with a height of around 60m with its magnificent architectural splendor, the long corridors which looks like or acts as the boundary of the complex but with its own story to tell, all which makes the visit to this temple a delight to any traveler.

Once inside the complex and saw all these, I took up the mobile in excitement to capture as many photographs as in the early morning sunlight but the huge Nandi or bull in front of the temple reminded me of the fact that the primary job is to complete the customary temple visit and walked towards the temple and honestly, it was a surprise to see the exact size of the Nandi (Lord Shiva’s companion) so close to the eyes, believed to be made in a single stone. Its size is approximately 4m high, 6m in length, and 2.5m wide which makes it the second largest in India. It is erected in an elevated platform exactly in front of the temple.

As I entered the door to the main darshan while waiting in the queue till the location of the Shiva idol, the religious heart and travellers heart in me were fighting to take a stand of its own as the inside of the temple was mostly in a divine atmosphere with people silently with the exception of slokas and mantra standing for their turn to move but mine and few others eyes were started wandering inside the architectural and engineering precision for executing such a marvellous piece of construction with rocks of different size that had undergone the severe test of its durability with every type of adversity, distruction and disaster came on its way for approximately 1000 years and still stand tall with all its power and might without a hint of losing its royalty. The position of pillars on the long room, with same designs carved out on the stones at the top, the huge walls on the sides with sculptures and other designs, flat stone pieces that has been used on the ceiling slabs were absolutely architectural wonder to ponder about, as it had been done centuries ago without the help of any technology, machines, crane etc. The top of the slab were consist of murals and paintings. The sacred place were the main idol is situated is the main tower where entry is not allowed. The idol is in the shape of Lord Shiva linga which is really big in size probably 3-4 meters in height which may looks to be a perfect match for the huge temple it pocess. There is a door to the left side to make way out for devotees after Darshan and recieving the blessings from the priest.

The magnitude of majesty and size of the temple building, the tower or Vimana (as the traditional name that people used to say) and the whole complex will realize only when one make a detailed view just after the exit from the temple. The long line of granite structure from the tower to the Nandi and then up to the gopuram at the inner entrance gate provides a cool, but enchanting view in the morning sunlight. Adding the corridor surrounding the periphery to the vision creates an illusion of being in a place that had turned our biological clock few centuries back. The walls were adorned with beautiful depiction of different poses of classical dance form of Bharatanatyam all of which it shows the extent to which the rulers were concieved art and culture. The manually crafted artisan work on tower and external walls and its symmetry were absolute eye catching architectural precision that proves the skilled labours whether masons, artisans during those period were purely professional in their trade and posed any modern architects and Engineers a serious professional challege.

The tower is as big as a 15 or 16 storey building with the Kumbham or kalasham – a dome like structure that normally seen in almost every south Indian temple -resting on top of a single granite piece weighing several tonnes such that it brought it to its position through an earthern ramp of around 6 kms long starting from an adjacent village.

In the same compound there are small shrines for other deities but the main attraction once you leave the main temple building is the long pillared corridor all around which looks to be boundary to the whole area, The pillars have inscriptions and 108 Shivalingams, are arranged along the main two corridors.There must be many more features inside this complex that may associated with the life of Kings and rulers that brought this Tanjaore its name and fame along with the title of being one of the UNESCO’s World Heritage site and whatever seen, heard and experienced there was enough to make this unexpected visit a memorable one.